An interview with Daisy Noakes 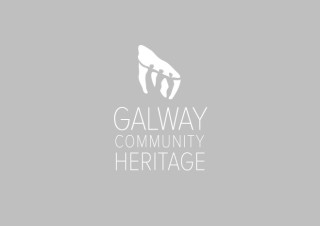 Daisy Noakes got a job ‘in service’ at the age of fourteen. She worked as a maid at a ‘school for young gentleman’ in Ovingdean village.

I interviewed Daisy in 2000 for an oral history book I was producing as part of the millennium celebrations for Ovingdean village. At the time she was 91, and although she had completely lost her sight, she was still managing to live independently in a flat in Brighton.

Five in the morning till ten at night

“My hours were from five in the morning till ten at night and I was on the go the whole time with cleaning and sweeping, dusting, polishing…

They kept you on the go the whole time except for eating your meals. But we only had half an hour before lunch, just to have a cup of coffee and a biscuit and go the toilet, and lunchtime we had one hour. Then we had to, in the meantime, eat our food. That was a first and second course, which was good for me, because we never had that at my home; there was more food than we had, because I was one of ten children.

Change into our afternoon clothes

And then in that hour we had to go up and wash and change into our afternoon clothes. We were in blue dresses in the morning with big white aprons like a nurse wears, so there were collars and cuffs, but in the afternoon we had to go and change into black, and that was a black dress and then you had a little fancy apron but still the celluloid collars and cuffs and still black shoes and that.

We were allocated a hat that was three tiers of fluted material that we had to tie on with a black velvet band, to tie on our heads. In the morning we had a what they called a dorcas cap; that was like a mob cap with just a cuff on it, and rather than show any hair, it all had to be poked up underneath. You musn’t show hair.

Now, my hair only came to my shoulders then, but at any rate the matron got hold of it, got it back, wound some raffia round it, and poked it up under my hat. She said: ‘You musn’t show any hair!’. I thought ‘Oh dear, how am I going to keep this on? But I did.”