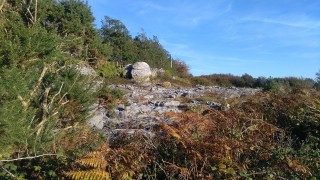 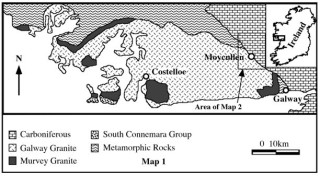 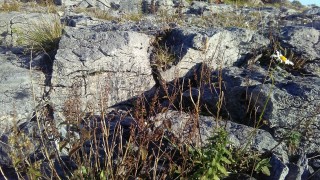 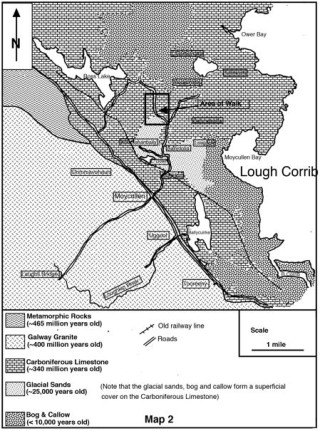 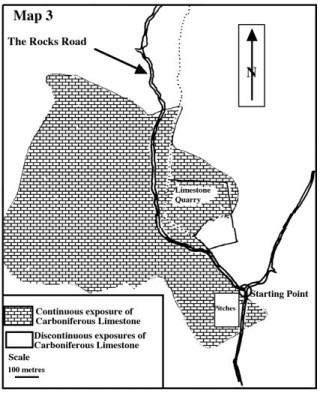 Moycullen is situated on the contact between the 400 million year old Galway Granite and the ~340 million year old Carboniferous Limestone. Older metamorphic rocks (~470-465 million years old) occur to the NW of Moycullen (Map 1). The distribution of these different rock types and the much younger deposits of sand and peat in the area of Moycullen are shown on Map 2. The approximate extent of continuous exposure of the Carboniferous Limestone pavement in proximity to the Rocks Road appears on Map 3.

The Carboniferous Limestones that occur along the rocks road are part of an important group of rocks that occur at the surface or beneath much younger glacial deposits over nearly half the land area of Ireland. They also form the host rock to most of the major economic mineral deposits discovered to date in Ireland e.g. Navan, Lisheen and Galmoy. During Carboniferous times Ireland lay near the equator and was the site of a generally shallow sea. Sediments (e.g. mud) together with the remains of marine plants and animals (e.g. crinoids, corals and brachiopods) accumulated on the seafloor and were compacted (lithified) to form the stratified fossiliferous limestones that are exposed along the rocks road today. This accumulation and lithification occurred some 340 million years ago.

The limestone pavement exposed along the rocks road is similar in age and character to the Burren limestone. Horizontal strata are cut by many deep vertical fractures that owe their origin to solution of the limestone by rainwater and ground water. These fractures are widened and deepened by the water so that with time the water percolates freely into the limestone to generate and feed underground waterways. This process also inhibits soil development as the water carries soil forming constituents with it underground leaving the bare limestone pavement exposed at the surface. Furthermore, the bowl like depressions and intricate sculpted patterns and shapes displayed by the limestone result from the solution of the rock by water.

On close inspection the limestone is seen to be composed of fragments of fossil crinoids, corals and brachiopods which are bound together by a mix of calcite and mud. Boulders of grey, coarsely crystalline Galway Granite (~400 million years old) and of rarer dark grey, coarsely crystalline metamorphic rocks called Amphibolite (~470 million years old) occur in this area also. These are called erratics and they were dropped, by the melting (i.e. retreating) ice, on top of the limestone pavement ~20,000-15,000 years ago. The component minerals of the granite i.e. quartz (glassy grains) feldspar(pink and white grains) and mica(shiny flecks) are clearly visible on the surface of the erratics. The darker grey amphibolite rocks contain minerals rich in iron called hornblende(black grey) and also milky white feldspar (rich in calcium, aluminium and silicon) crystals.