A woman of substance 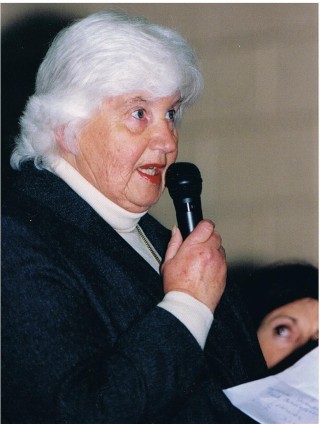 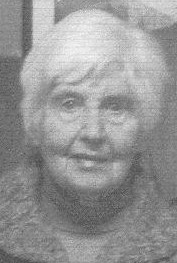 Treasa McMahon was one of the founding members of Cumann Staire Ruairdhrí Uí Fhleatheartaigh/ Moycullen Historical Society. She was its first Chairperson. Born to parents Tomas Bairéad from Ballydotia, Moycullen, Co Galway and Ellen Maher, Clonard, Co Westmeath, Treasa was born on 9th, June, 1933. Her early life with her sister, Maura, was spent in Glasnevin, Dublin. Her father worked as a journalist for the Irish Independent at the time. When Treasa was 11 years old her mother died and although she spent some time attending Eccles St. Dominican College eventually she came to the Dominican College at Taylor’s Hill, Galway where she boarded. Her father retired in 1948 and returned to live in Moycullen where he continued to write

When Treasa had completed her secondary education she went on to train at Richmond Hospital in Dublin and worked there for a while when her training was completed. Later she worked in Mullingar and in 1970s qualified as a Nurse tutor. She spent time working as such in Sligo, Limerick and finally in later years in University Hospital Galway.

It is possible, when in Limerick, she met William Ambrose (Amby) McMahon. He worked for Limerick County Council as a civil engineer. They were married. They had four children Eoghan, Aiden, Dawn and Mona.

On the 4th July, 1989 Treasa and Amby came to live in Ballydotia, Moycullen. Amby had retired and it had been Treasa’s wish to return to her ancestral homeland. Sadly for Treasa and the family Amby died shortly afterwards in November,1990.

Once Treasa retired from nursing, she became very involved in Moycullen community. She served on the Community Council, and later, when it metamorphosed into the Moycullen Community Development Association. She was a very vociferous and active member. The Irish language was very important to her and was highlighted in her involvement with Conradh na Gaelige. She was an advocate of Irish signage and the spoken word. She was interested in the history and culture and tradition of the place. She had vision in her desire to see a museum and library and theatre established within Moycullen. She was part of the editorial team for Moycullen Matters and her written articles depicted her eclectic interests.

In 1995 Cumann Staire Ruairdhri Ui Fhlaitheartaigh/ Moycullen Historical Society was formed. Treasa was an obvious choice as its first chairperson. Indeed she selected the Society’s title. Under her leadership she guided the production of several publications ‘An Gorta Mor i Maigh Cuilinn’ and ‘Lorg’. At this time she suggested the Latin mass to link with the unveiling of the Famine memorial, located within the church. She visually, with the help of a resident photographer, recorded places of the physical and natural environment or built landscape within the parish . These were used for calendars or framed photographs, some of which are now permanently exhibited in Arus Uilinn. She instigated the design and making of the prominently located seat (across from the church) in honour of the historian and the Society’s namesake Ruairdhrí Uí Fhlaitheartaigh.

Throughout her tenure as chairperson, Treasa sought to make history and heritage interesting, diverse and captivating. This was well illustrated in the pageant depicting the Mythological story behind the place. Before her death Treasa was very involved with the publication ‘Moycullen Its People- Maigh Cuilinn a Muintir’, writing a piece entitled Moycullen Parish- Paróiste Mhaigh Cuilinn as well as contributions on several of the townlands, particularily her own townland of Ballydotia. Treasa died on 26 August, 2012. She is buried with her husband Amby in the graveyard adjoining the Church of the Immaculate Conception, Moycullen.