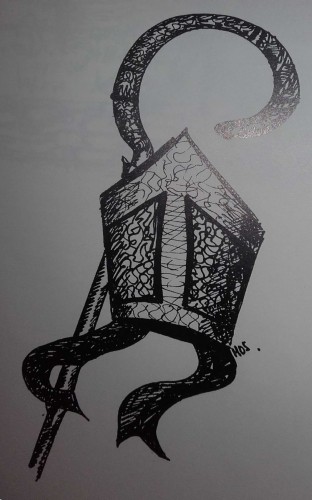 Bishop Laurence O’Donnell was Bishop of Galway all through the Famine Years.

Born in Oldchapel, Oughterard, he entered Maynooth in 1800.

After ordination, he worked in Oughterard. In 1816 he was appointed Junior Vicar by George Joseph Plunket Browne, First Bishop of Galway 1831-1844. (Previously the duties of Bishop were carried out by the Warden).

In his early years as Chaplain to Galway Gaol, he witnessed many executions. He was subsequently appointed as parish priest of St. Nicholas West (The Claddagh).   Bishop Browne nominated him as his first Vicar General. When Dr. Browne was transferred to Elphin, Father O’Donnell was the first choice of the priests for the Holy See. This was accepted by the people on the 25th September 1844. His initial reluctance to accept caused the postponement of his Consecration, which took place in St. Nicholas’ on the 28th October 1845. His Episcopate was unspectacular.

It is not easy to assess the part he played towards finding relief for his beleaguered flock during the famine times.

Father Fahy’s notes record that in February 1847 he “got £10 from the Bishop which was given out to the people according as I met them in distress”.

He was favourably disposed to the Queens Colleges, which was exceptional for Catholic clergy in those days, who opposed the “Godless Colleges”.

He died on the 29th June 1855, and was buried in his former parish of The Claddagh in the Dominican Fathers’ Burial Ground.