The Last Chieftain of Gno Beg 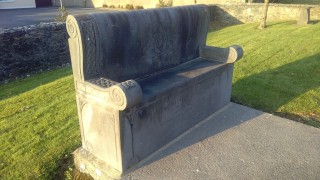 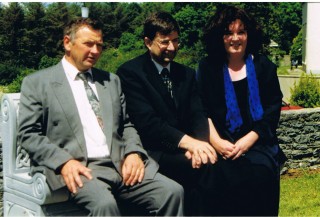 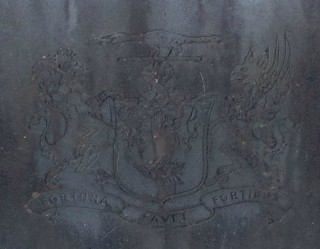 On Sunday, 14th June 1998, a special Mass was offered through Latin in thanksgiving for the life and work of Ruaidrí Ó Flaitheartaigh (1629 – 1718), the man after whom our local historical society is named.  Mass was followed by the unveiling of a memorial seat by Éamonn Ó Cuiv T.D., Aire Stáit sa Roinn Ealaoin, Cultúr agus an Gaeltacht, (Minister for State, Department of Arts, Heritage & The Gaeltacht).

sit and contemplate times past

The seat – commissioned by Cumann Staire Mhaigh Cuilinn – was designed by Mary O’Shea of Clooniff and sculpted by Paddy O’Toole, Spiddal. Taking several months to complete, this limestone seat is set on a concrete base and placed directly opposite the Church of the Immaculate Conception in Moycullen.

The arms are carved with a traditional Celtic braid design and the backrest of the seat depicts the crest of the Ó Flaitheartaigh clan (The motto on the coat of arms says ‘Fortuna Favet Fortibus’ which translates as ‘Fortune Favours the Brave’). The inscription (in old Irish) to the lower front of the seat reads:-