You are here: Home>topics>Gastronomy>The Stations - A religious tradition

The Stations - A religious tradition

A perspective from past times in Clooniff 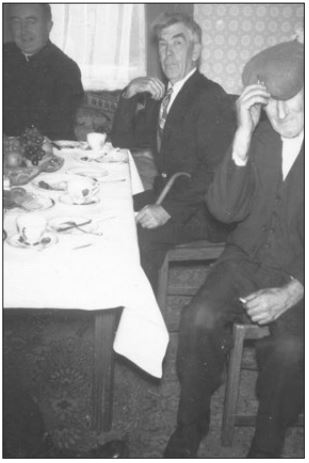 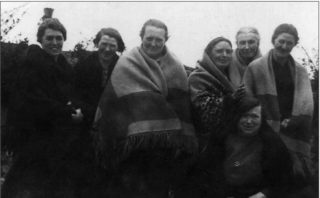 The stations were a major feature of social life in Clooniff.  They were held twice a year, in autumn and spring.  Each family was expected to hold the station when it was their turn.

Preparing for the Stations

Preparing for the stations involved a lot of work.  The host family began to get the house ready several months in advance.  The house was painted inside and out, and any major repair work was carried out: new carpets may have been bought, fresh gravel ordered for the driveway, gates rehung, walls remade, furniture and curtains thoroughly cleaned and everything possible done to have the house and grounds in perfect order the day of the station.

Because Clooniff was such a big station area, the family had to prepare to feed up to seventy people the day of the station.  Usually, however, only about forty people came.  All the villagers helped with the preparation of the food.  At least three turkeys were roasted, and a large ham ordered from the pork butcher.  The neighbours often helped to cook the turkeys and slice the meat in preparation for the meal.  Each family also sent gifts of food and drink to the host family the day before the stations; loaves of bread, butter, sugar, tea, cakes, whiskey and sherry.  The family also made sure to have in a good supply of beer, stout and soft drinks.

Preparation for the Mass

Certain items which were needed for the mass and to cater for such a crowd, were owned by different families in the village and lent to whichever family was holding the stations.  Such items included a brass crucifix on a stand for the alter, and a pair of brass candlesticks; a white linen altar cloth; a small cut glass salt bowl and an ornamental spoon; teapots, stools, cutlery, delph, glasses, large plates and meat platters.

On the day itself all the village families were supposed to send one person at least to the stations.  It was the custom for each household to make an offering of money for the priest.  The father of the host family collected the money and gave it to the priest.  He also made a gift of money to the altar boys.

The priest arrived at the station house about half an hour before the mass was due to begin.  He heard confessions and then celebrated the mass.  The altar was usually made on the kitchen table.  Everybody crowded into the kitchen and knelt or stood wherever they could find room.  After the communion the ladies of the household and their helpers brought around small glasses of spring water for the communicants.  During his sermon the priest would refer especially to local village affairs and said special blessing for the host family.  After the mass he would bless a big bucket of water: this was then placed in the hallway along with some bottles and a jug, so that people could fill bottles of holy water to take home with them after the stations.

Catering at the Stations

With the religious ceremonies over, the priest was taken into the parlour, where he sat down to a fine breakfast in the company of the man of the house and the senior male members of the village.  Meanwhile the altar was dismantled and several tables were set up in the kitchen for the female guests to sit down in turn to a meal.  Often several sittings were required before everyone was fed.

The custom was to have the stations in the morning, and after the breakfast the guests would go home for a few hours to tend to their livestock.  They would return to the station house that night for a wonderful party with eating, drinking, dancing, singing and gossiping until the small hours.

Sadly, within the last twenty years hosting the stations has died out in the village .  Another custom which has been lost to the modern era.