You are here: Home>topics>Traditions and Folklore>Cloch An Olla - The Rock of the Holy Oil

Cloch An Olla - The Rock of the Holy Oil 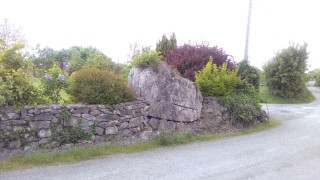 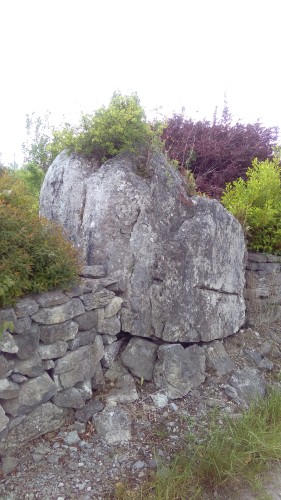 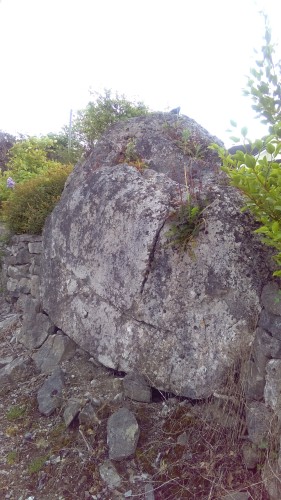 This is a limestone rock on Boithrin na Coille, the road at the back of the lake from Clooniff to Moycullen.

Legend has it, the Lynchs and the O’Flahertys were feuding in the 18th century. It is stated that in Moycullen Castle, while the Lynches were having a meal at the table, the O’Flaherty’s came by boat across the lake and killed all visible members of the family, but unknown to them the wet nurse saved the youngest member, got down to the Corrib, and rowed across.

After some time, the nurse got married and reared the child as one of her own. One day when he was a young man, the surviving Lynch had a quarrel with his “brothers”. They turned against him and said to him that he wasn’t really a member of the family. He asked the woman he knew as his mother if this were true, and she told him the whole story. When he heard what had happened to the other members of his clan, he was filled with rage and a determination to seek revenge on the murderers of his kinsmen.

He got a boat and rowed across the Corrib, looking for the O’Flahertys. He found them in Rinneen cutting oats. The O’Flahertys were having their dinner in the field. Old O’Flaherty recognised the intruder’s features. He told Lynch to set down and “eat with the man who killed your father and who will kill you when he’s ready”. With that Lynch pulled a knife and stabbed old O’Flaherty. Lynch ran for his life with the rest of the O’Flaherty’s chasing him. He came to Clooniff where he stopped and faced his enemies. There he proceeded to kill them one by one. Lynch killed the last of the O’Flaherty’s beside a big limestone rock. As the last O’Flaherty was dying, he called for a priest. The priest, in hiding in the woods at the lake, came from his hideout and anointed the dying man in chrism.

The rock which marks the site of this killing is known locally by two names, both of which recall the death of the O’Flaherty: some call it Cloch an Olla – The Rock of the Holy Oil – a name which recalls the sacred ritual of anointing, which the priest performed over the dying man; others call the rock Cloch na Fola – The Rock of Blood – a name which recalls the bloodshed and strife which took place in the vicinity of the huge stone.