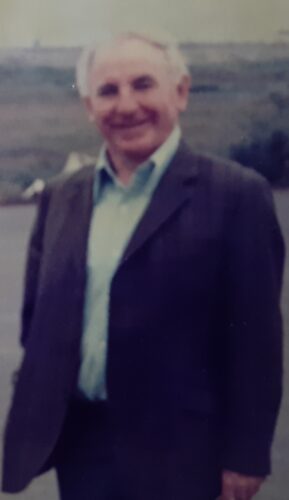 TG4 have commissioned a documentary about the late Patrick Devlin, of Gortachalla, Moycullen. Imagine Media, an independent company, is producing the programme and are seeking to contact local people who knew Paddy, and who may have memories of him.

Paddy Devlin left his native Galway city aged 17 to enlist in the British Army in Belfast in July 1941, one of an estimated 67,000 southern Irishmen who joined up to fight Nazism in the Second World War.

He was a crack shot who became one of the best snipers in the Allied forces, and fought in the Battle of Normandy, the Battle of the Bulge and the Crossing of the Rhine operation.

He was wounded by German machine fire in the Rhine battle while defending his comrades, but returned to service. After the war he joined the RAF and retired as a warrant officer after 28 years.

He settled in Moycullen and wrote a memoir of his war-time experiences, a valuable record of the experiences shared by tens of thousands of Irishmen.

If you have memories of Paddy, particularly about his war service, or mementoes, the producers would be delighted to hear from you.

In the first instance, please contact Noel Russell at: noel.russell05@gmail.com