Medieval ruins In the townland of The Dark Meadow

In the townland of Clooniff (Cluain Duibh – The Dark Meadow) and on level ground and within a small enclosure ca.100m east of Ballyquirke Lough stands the much ruined early Medieval nave and chancel church, Teampall Beag, (E-W; 10.7m L x 5m W) with a trabeate doorway in the west gable. Portions survive of a plain chancel arch of three orders.

A bullaun lies 5m to the north west and there is a children’s burial ground immediately to the south and east within the present enclosure.

The small enclosure contains quite a number of burials, but as seen from the photograph, the area is now heavily overgrown. In the not too distant past some attempts have obviously been made to preserve the walls of this oratory which is to be commended.

Please note access to this protected site is through private property and permission MUST be obtained from landowner due to animals occupying surrounding fields. 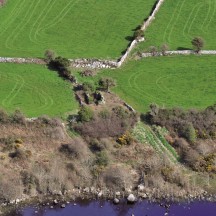 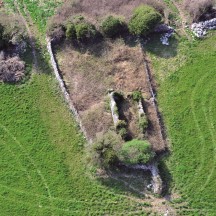 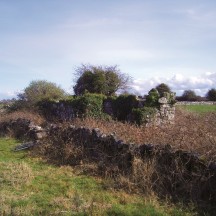 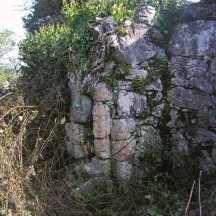 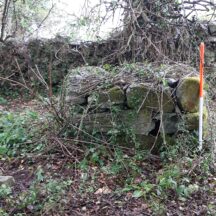 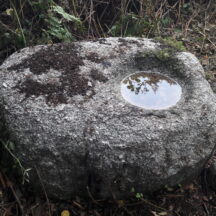 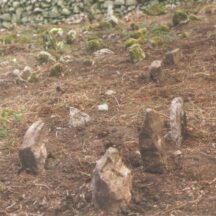