You are here: Home>people>Moycullen to Melbourne 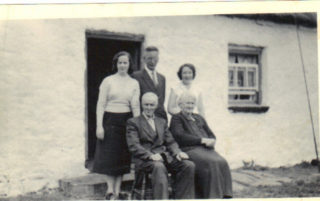 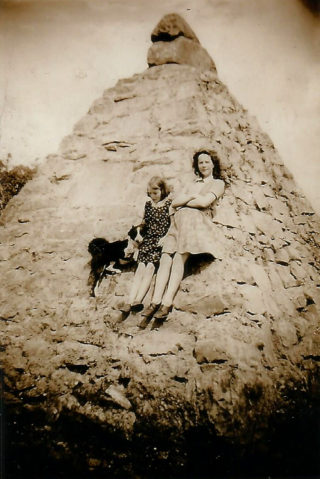 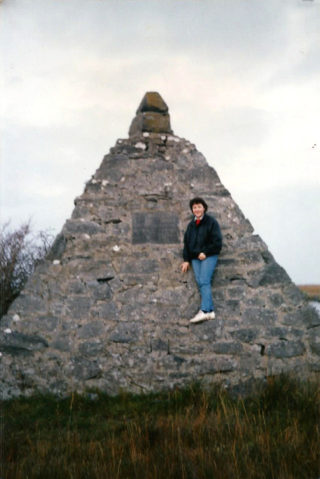 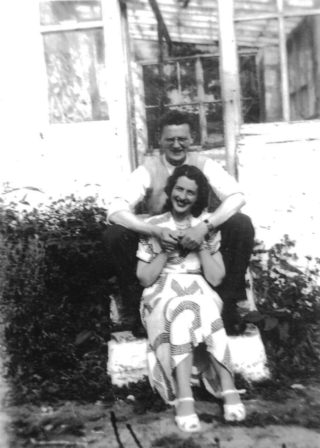 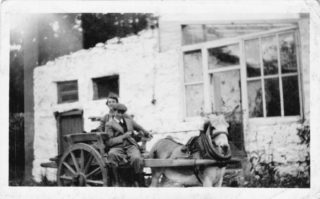 It’s 37C here today. Nestled near the Dandenong Ranges in Melbourne, our backyard has 30m eucalypts and a resident family of kookaburras. The dry summer grass is brittle and the view looks out over other houses in the valley across to the tree-covered hills.  It’s quite a contrast to the ever-present green pastures and cooler temperatures of Annagh in Ireland, but the connection for me between the two places is strong.

a child of irish heritage

As a first generation Australian, I’m a child of my country. But I’m also a child of my ancestors and their heritage. My mother, Kit Hurney (1925-2015), came from Annagh.  As a child she went to school in Tooreeny and then later lived in Galway with her aunt and uncle, Willie and Mary Morrin, so as to continue her schooling (secretarial). In 1951 she married my father, John Cribbin, and they moved to Australia in 1960 after living in Limerick, South Africa and England.  As the youngest of six children, I’m one of two born here.

Mum grew up in Annagh on that piece of land known as Hurney’s Point. My grandfather, Pat Hurney, knew the Corrib well and was a friend to anyone – especially those on the water.  It was said he often rowed into Galway to buy groceries. The Hurney family built their house there and moved in when Mum’s grandfather, Peter Hurney, was just two years old (circa  1847). Alas, when her brother, John, passed away in 2002 the property was sold out of the family and sadly, the old house has since been demolished. However, despite Annagh no longer being in the family and the Hurney siblings having also died since that time, the association and legacy with Annagh remains strong.

At Annagh there is a stone pyramid marker. To my knowledge, it is not known when or why it was built, but Mum and Dad knew that at some point it was used by the English to say that all the salmon in the Corrib from that point to the mouth of the river (more precisely to Wolftone Bridge by the Spanish Arch) belonged to Colonel Cross – an Englishman. I have a photo of myself partway up that pyramid taken by my aunt, Nell Hurney, when I first went to Ireland in the late 1980s. And funnily enough, I recently found an old photo of a young Nell and her sister, Mary, in almost the same position! Perhaps that’s why she got me to climb it when I was there – history repeating itself.

The salmon was subsequently taken over by the Irish Fisheries and in 1953 Pat Hurney donated land to the Braithreacht na Coiribe so that they could build an angler’s hut as a place for fishermen to shelter and have a break.  It is noted in the Brotherhood’s 40th anniversary book that Granddad used his donkey and cart to haul the materials to build the hut.  He also allowed fishermen to camp on his land. A couple of years ago I met up with a man who lives just 15 minutes from me who remembers camping there several times as a youth with his father.  They would travel over from England for their holiday, pitch their tent and fish.  I believe the time his mother went, she got to stay in the house! Some of the photos we have today of Granny and Granddad, and of Granddad’s donkey and cart, are because of Paul’s parents.

There are many snippets I recall hearing from Mum over the years before she died. How, as a child, she walked the two and a half miles each way to Tooreeny school with her siblings and friends; how she remembered that they made their own butter and as children ate barmbrack at Halloween; how the cat used to jump up on the counter by the back door, push the latch down and let itself out; how her father (Pat) once warned the poitin makers that the police were on their way; and how it wasn’t unusual for friendly itinerant families (to differentiate from the European gypsies) to make their seasonal travels to the area.

As a Galway man whose family moved there from Roscommon when he was just 12, Dad recalls a lot about Annagh and the area. He met Mum when she was just 18 and he 21. As a retired engineer he easily recalls directions and places. On one occasion, whilst in his mid-late 80s I wrote down how he told me the route they would ride their bicycles from Galway to Annagh: Dangan, Bushy Park, Woodstock and Poulnaclough, at which point there was a fork in the road about two miles from Moycullen Village. He recalled the main village consisted of a Parish church, school, post office, a pub known as “Fox’s”, a few shops and the police barracks. From Poulnaclough they could head toward Adragoole, Clooniff and onto Annagh.

So, although we live in the southern hemisphere, our connection to Annagh and Galway is strong. Mum’s love of all things country (the plants and animals) and the water (both river and sea) remained with her all her gentle life.  And Dad, now in his mid 90s, has a memory for places, people and dates that continues to amaze me. I look forward to visiting Ireland again in 2019 and tracing some of the steps in and around Annagh and Moycullen that my parents and ancestors would have taken.