You are here: Home>people>Reaney, Pádraic 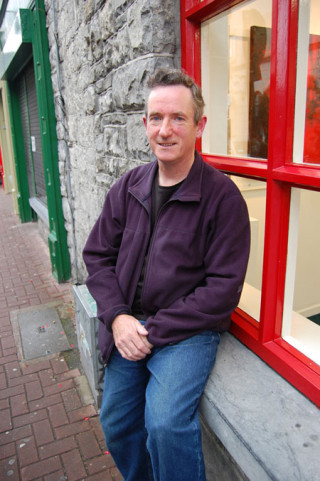 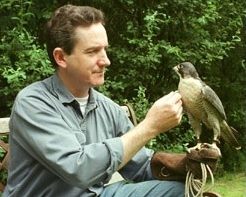 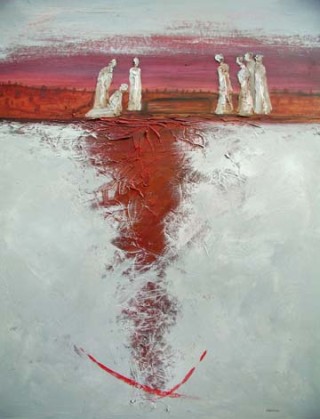 Pádraic Reaney was born in Carraroe, Co. Galway in 1952. Basically self-taught, he went to art college for a few years encouraged by the well-known sculptor Oisin Kelly and has been a full-time artist since leaving college. He painted for several years in Galway; later he built a studio in Moycullen, where he now lives and works.

In addition to his painting, he has worked widely in graphics (etching, silk, screen etc.) and has done sculpture in bronze and stone and ceramic with a rich use of silver and gold leaf. His work is in great demand for book covers and illustrations, and he has recently created a series of striking wall hangings done in the studio of V’Soske Joyce.

A film was made of one of his very successful exhibitions based on the Tain, which was R.T.É’s entry in the Pan Celtic International Film Festival for 1988 – it was one of the three top films in the festival. This film and an interview with the artist were shown on R.T.É., where several short features on his work and interviews with him have appeared throughout the last years.

A founder member of Western Artists, Island Connection, and Drimcong Press (with Brian Bourke and Jay Murphy), he was awarded the Padraic Mac Con Midhe Prize at the Oireachtas in 1979 to do a series of etchings recording the rapidly disappearing thatched houses in Ros an Mhíl, Connemara. He also represented Ireland in the XVIth Grand Prix International d’Arts Contemporain de Monte Carlo in 1982.

A founder member of Western Artists and Island Connection, he was invited to Scotland by the North Ayrshire Council in 1996 to do a series of exhibitions on the Isles and the West Coast of Scotland. He was appointed to the Board of Directors of the Galway Arts Centre in 1996 and served on the Board until 1999.

His work is in public and private collections in this country as well as in Europe, Canada, the United States, Brazil and Japan.