You are here: Home>events>Event Archive>The Life and Work of Roderic O'Flaherty

The Life and Work of Roderic O'Flaherty 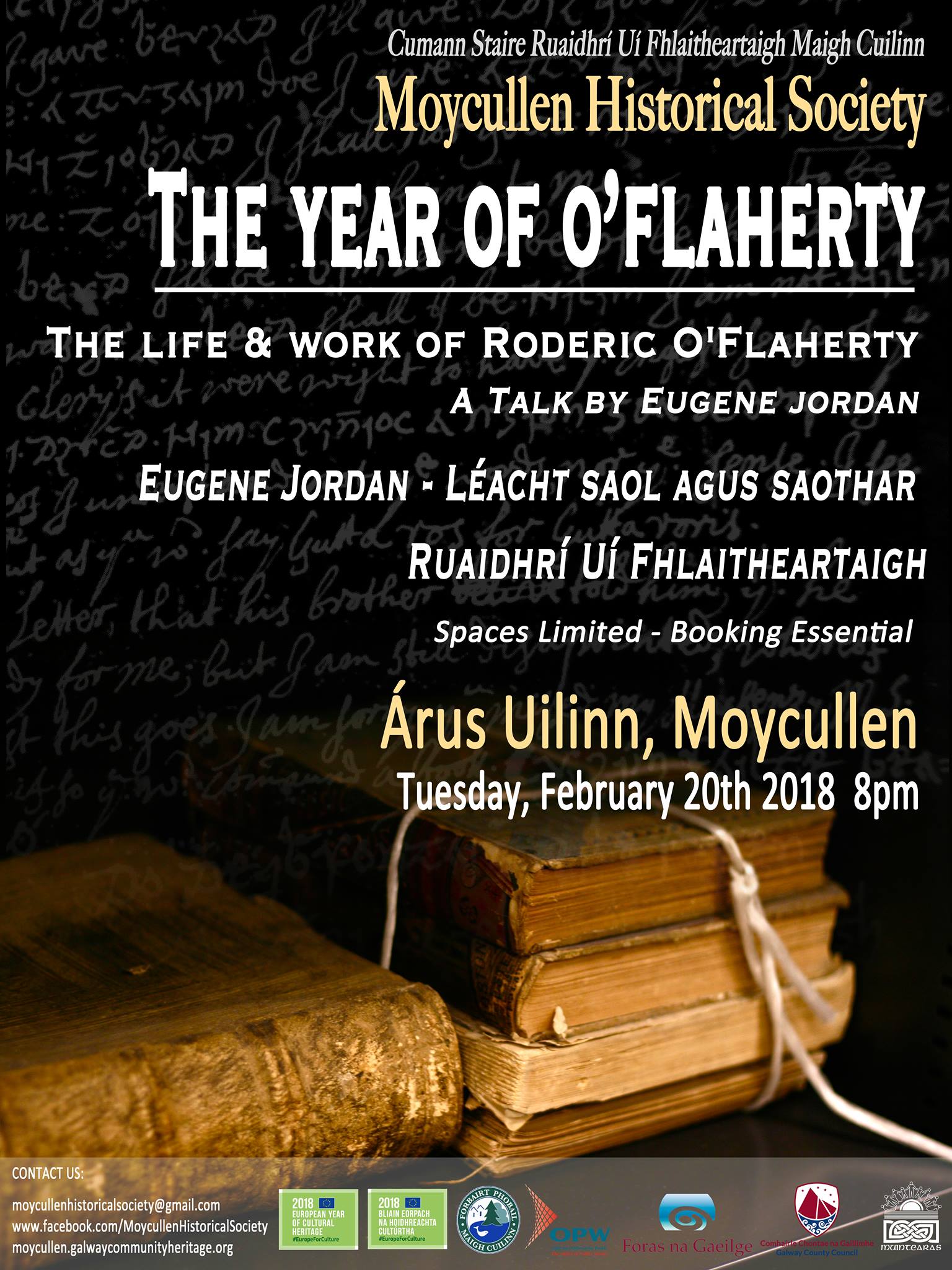 
Free Entry but booking is advisable (via moycullenhistoricalsociety@gmail.com) as seating is limited.
(if you want to give a discretionary donation towards the society’s ongoing projects, a donation box will be placed at exit door on the night)

We know that Roderick O’Flaherty was born in Moycullen because he himself tells us.  Others tell us that he died in poverty at Park near An Spidéal, yet this poverty was relative and he was far from destitute.  Even after the 17th century transplantations, it is estimated that he retained 1888 profitable Irish acres, resplendent with paying tenants.  There’s an old Chinese curse which goes “may you live in interesting times” and much to O’Flaherty’s misfortune he lived in quite interesting times. The English Celtic historian, Peter Berresford Ellis describes O’Flaherty’s time as a “period when an all-out attempt was made by the English administration to finally reduce the Irish nation, eliminating the ruling class, the intelligentsia and destroying the native law system. […] No Irish person could hope to circulate a book on the history of the country from an Irish point of view without incurring the wrath of the English conquerors.”  However, O’Flaherty managed to publish his book, albeit after a struggle, which has recently led to another English historian claiming that O’Flaherty’s work had little influence because his main publication did not sell well. On the other hand, Berresford Ellis accuses O’Flaherty of fabricating “Celtic” astrology and given the present day popularity of Celtic astrology, would make O’Flaherty a highly influential historian. Regardless of these conflicting opinions, O’Flaherty remains highly respected as a historian to this day and the talk will
explore why he remains important.

Eugene Jordan, is the current president of the Galway Archaeological and Historical Society, founded in 1900. He holds an honours BA degree in history and psychology, a Master of Information Technology degree from NUI, Galway and a BSc (hons) from DIT.